Motorcycle Adventure Throughout The Americas

Entering Belize was a long and tiring border process. Initially I was frustrated with some of the money collection processes, but I did what was needed and headed to the nearest town to get some food and money. I was tired which caused me to not see the homeless man sitting right where I parked my motorcycle. As I was gearing down he approached me on the right side of my bike with general talk. He asked for money, so I gave him the only coins I had which were 2 pesos (virtually nothing). This did not sit well with him and so he drew a knife out of his waistband and demanded more. Claim it to military experience or so, but I calmly pulled out my machete and told him no. I had a large black and silver machete against his handle-less 5 inch knife. Staring at each other, we both just began to laugh. It was too comical not to.

With the ice clearly broken, we both put our weapons away and began to talk. I explained that I have no money and that I want to find an ATM and some food. I asked that if he would watch my bike for me, I will return and give him a few dollars. While his knife wont hurt me, it could hurt my bike. He agreed and an hour later was happy with ~$2USD. A situation that could have been different if I didn’t have my machete and was on the correct side of my bike. I was happy to be driving off toward the coast to being my second country of adventure where I no longer needed to struggle in Spanish.

The path toward the beach involved flooded dirt roads and small ferry crossings. These old ferries are all manually operated, in which patrons can help if desired or requested by the attendant. The small wooden ramp up onto the ferry is easy for cars, but on a motorcycle with basic experience I was admittedly nervous. Nevertheless, I made three successful crossings to reach the beach destination I wanted. The beach was beautiful and I had heard rumors that you could camp alongside it, but I was slightly on edge after the mornings events. So I opted to stay at a nearby cabana that was covered in delicious mango trees, which I cannot touch since I am strangely allergic to the sap. The cheapest option was to either camp or stay in the kitchen on a hammock. Due to the heat, I chose the kitchen. It wasn’t until midnight that I need to get up for some water. Then I discovered that the floor was covered in some night crawlers, the biggest being a few tarantulas. Humans can live for 3 days without water, I can survive one night.

The next morning I began researching options to get to Ambergris Caye, the largest island off of Belize that has great diving and snorkeling locations. Planning my trip I had learned that there is a good place to go snorkeling with sharks and sting rays, at Shark-Ray Alley. I really wanted to go, but that would involve leaving my motorcycle for a day or two. I hadn’t abandoned my bike yet, so I was very nervous. The local cabana offered for me to park it out front for about 8$ a day. Pretty expensive to leave the bike unguarded on a patch of grass, so I told her that I would think about it and let her know when I get back from town. It was lunch time and I had failed to buy some supplies the day prior.

Arriving into town was just small buildings and dirt roads. Even though it was English, I still struggled to find groceries or a restaurant.  However, in the distance I noticed another KLR motorcycle and had to investigate as it was the first I had seen on my trip and in a very random area. The KLR belonged to an EXPAT Russian who was now just living a retired life on the coast. He had a few other young Russian friends there that owned a small sandwich store. Perfect, lunch and conversations in English. As we talked, it became apparent that he used to do “things” and wasn’t really allowed to go back to Russia and was trying to live off the grid. I wanted to take a photo of the encounter, but he requested I would refrain. At one point I explained that I am trying to go across the bay to do some snorkeling but that I didn’t know where to put my motorcycle. He graciously offered that I leave my bike on his front yard for free and he would look out for it. I wanted to go and this would save me money, sure I will trust a random stranger over the front of a cabana. (fun side note, it was later learned that he was the ex-husband of the cabana owner who lived a few doors down. Made for an awkward conversation when I told her I was putting my bike there.)

The next morning I left the bike

on his lawn, chained to a tree, and walked to catch a water taxi to Ambergris. I had no true plans, so I figured I would show up and find a hostel. This worked out wonderfully, but I was quick to discover that prices in Belize are very high. The hostel was 15$ a night without A/C in a dorm, diving was $120+, a trip to the famous blue hole was double that, and my desired snorkeling adventure was 60$. Without seeing the beach I was ready to leave with the high costs and tourist concentration. I would go snorkeling in the evening and take the taxi back the next morning.

While the cost was high, it was a fun experience to snorkel with the sharks and rays. They were all nursing sharks, so completely docile. Since this was a tourist attraction the fish had become accustomed to the sounds of boats bringing food. Instantly the water was swarming with shark fins, an exciting view before jumping in with them. It was worth the cost to have the experience, but I would much rather have been diving and exploring the ocean floor. Getting back to shore, the rest of the day was spent chatting with some backpackers and getting recommendations for the road ahead. I also decided to try some couch surfing in Belize City. Many people told me it was dangerous there, so I would only just stay the night and move on the next day. 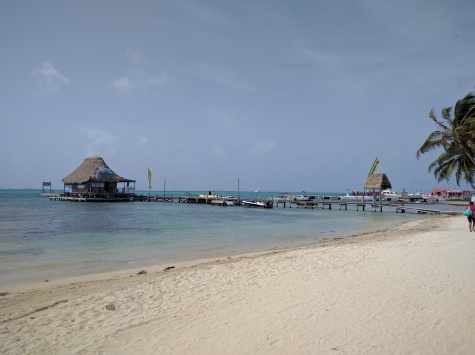 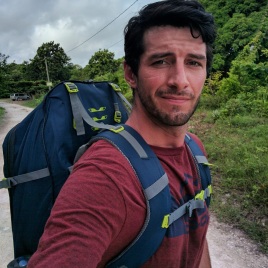 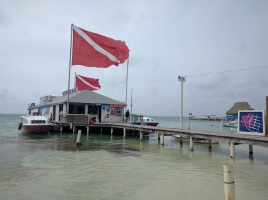 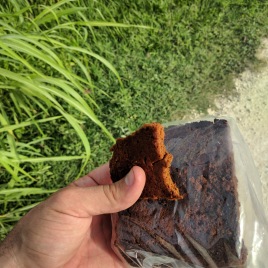 In the morning I was happy to find that my motorcycle was still there. I found the Russian in town to thank him and wish him well. I had a “long” ride (3 hours) ahead of me and wanted to get to Belize City before dark. Along the way I learned of the large community of Mennonites that live in Belize. They had settled here in the mid 1900’s and were very ethnically diverse. Still young in my trip, I was nervous to take any photos as I passed the farmlands and horse drawn carriages.

I timed it right and managed to arrive at the couch surfing house around dusk. Most of the roads were dirt, so I was pretty slow moving to the city. My host was wonderful. He works in the tourism industry for the incoming cruise ships and explained the whole process to me. The worst, though, was learning that in the past there was an announcement that an all-gay cruise ship was ready to dock. Belize is strongly opposed to homosexuality (my host was gay) and so they protested and attacked the patrons. Since then, they do not announce the sexuality of arriving ships. The conversations were nice and I was offered to stay as long as I wanted, however I was ready to get away from Belize as it was just very expensive and only a beach life. I enjoy the beach, but only when I have my own equipment to enjoy diving.

The next morning I was determined to enter Guatemala. But before exiting I wanted to visit the Belize Zoo. I do not like zoos, but this one in particular only hosts native animals that have been rescued and were being nursed back to health before being released. I highly recommend a trip to the zoo, although it can be quite out of the way for a backpacker. The cages are large and the animals are well taken care of. 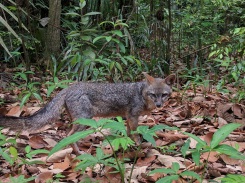 Around lunch time I made it to the Border of Guatemala. It was then that I learned the delays that occur when crossing a border during lunch on a Sunday. Everything was closed and slow, but a nice little kid helped me get copies and paperwork completed, for a tip of course. There are always helpers at the border, which I try to avoid, but I struck up a good conversation with this kid learning that he would do the border process to better his English and make money to pay for his school. His family was poor and he wanted to make something of himself. While this could be a ploy to earn a better tip, the kid was genuine and expressed plans to see the world like I was. I truly hope he makes it in the world. I gave him a decent tip and made my way into Guatemala to find a place to sleep for the approaching night. A few short days in Belize was enough for me and my budget.

2 thoughts on “From being held at knife point and swimming with sharks; Belize was different.”